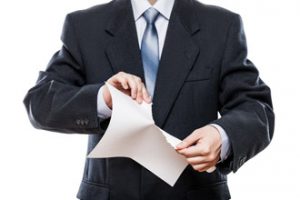 Ensuring effectiveness of its rights is better.

Parties to a shareholders’ agreement must ensure that negotiated rights (in particular options to buy or sell securities) will not be terminated by the other parties before they have been exercised.

This principle, which seems obvious, is however not respected in many cases encountered in practice, which give rise to litigation.

Different situations are more or less satisfactory for the contractual security of the parties.

BAD: clauses or agreement entered into for an indefinite or perpetual duration.

Obviously, in this case, each party to the agreement may unilaterally terminate it, at any time.

This is what happened to the beneficiary party of a share purchase option, which would have been very upset if the judges, well-intentioned and approved by the Cour de Cassation(Cass. Com. Sept. 27th, 2017, No. 16-13.112), did not hold that such termination should be subject to notice period, necessarily “implied” (sic) by the agreement, “to allow his co-contractor to take sides” (sic).

This is not very reassuring, especially in cases where it would be impossible, during such notice period, to ensure effectiveness of the concerned right, for example if it is impossible to set a purchase price option, which may depend on not yet available data.

NOT GOOD: fixed-term agreement depending on an uncertain event. For example, an agreement or clause entered into for the benefit of a company X, as shareholder, “provided that” this company remains controlled by the X family. Such a condition was ruled as being an indefinite duration clause, allowing termination at any time by the other party (Cass. Com., Dec. 20th, 2017, No. 16-22.099).

Also dangerous are the clauses entered into “for the duration of the company” (which may be renewed) or “as long as the X party will hold shares“. Available case law shows us that such stipulations are likely to be analyzed as being an indefinite duration clause.

BETTER: it is obviously preferable to set a clearly defined duration, which should not be too long, for example a 10-year period. Certain particular clauses, such as call or put options, or leaver clauses, could, for greater security, be themselves endowed with a fixed duration set according to the objectives they pursue.

Drafters should also take into account the provisions of Articles 1212 to 1215 of the French Civil Code, resulting from the statutory law of February 10, 2016, governing the renewal, extension and tacit renewal of fixed-term contracts.

Pursuant to these provisions, the parties may agree, in advance, that at the end of the initial term (for example 10 years), the shareholders agreement will be tacitly renewed for a new fixed term. The agreement may also be renewed for an indefinite period, which would open the possibility of a unilateral termination, which could however be subject to a sufficiently long notice period (6 to 12 months).

These mechanisms will ensure the efficiency of shareholders’ agreements for the initial fixed-term period, make it possible to anticipate the effects of the termination and to try to renegotiate it if necessary.